From WIKIPEDIA:
Andy Warhol (/ˈwɔːrhɒl/;[1] born Andrew Warhola; August 6, 1928 – February 22, 1987) was an American artist, director and producer who was a leading figure in the visual art movement known as pop art. His works explore the relationship between artistic expression, celebrity culture, and advertising that flourished by the 1960s, and span a variety of media, including painting, silkscreening, photography, film, and sculpture. Some of his best known works include the silkscreen paintings Campbell's Soup Cans (1962) and Marilyn Diptych (1962), the experimental film Chelsea Girls (1966), and the multimediaevents known as the Exploding Plastic Inevitable (1966–67).

This assignment you are going to use the GRADIENT MAPPING tool in the ADJUSTMENT LAYERS to make a version of this:

You will need a photo. Open it in Photoshop and follow these instructions carefully:

This video will cover the steps. However, it does go quickly so you might need to watch it a couple of times. It's for a newer version of Photoshop, but the tools are the same.

After you have followed the instructions you should have something like this: 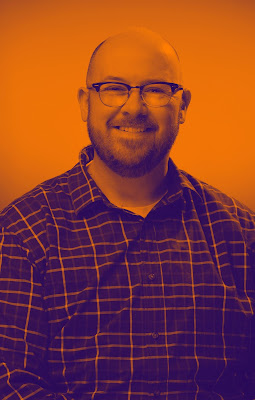 Do this again for THREE OTHER PHOTOS.

Then, assemble them into a single 8 x 10 image by copying and pasting. Use the COPY MERGED function. Like this: 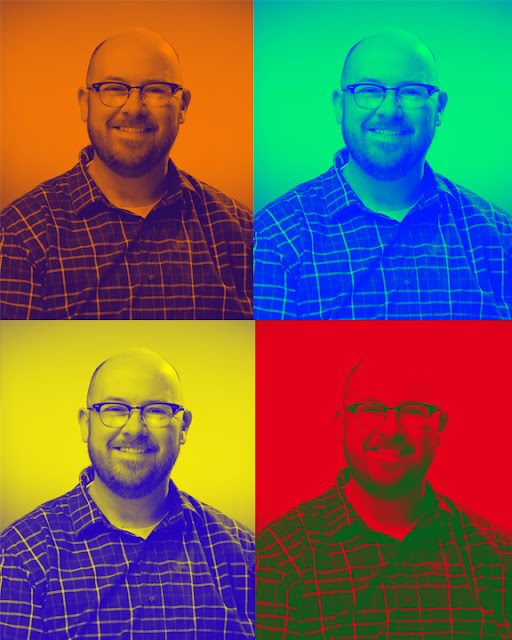 Turn it into TEAMS.